Tons of filament wasted on failed prints. Many hours spent calibrating or fixing this printer. Stylistically and in theory it looks good but it has countless problems and will waste more time than the money you save on it is worth.Steer clear. http://ift.tt/2bKcU1b So a bit ago I posted a little unboxing bit about the Markforged printer. I just got it running though. Nothing that Markforged caused, just had a baby so at home taking care of family, then I get back to work and we had major network issues to the point where we had no access for a week. Then I got summoned for jury duty and put on a very long case and now here I am.http://ift.tt/2bJSHZo I just printed a carabiner from Thingiverse to test it. The flap just nylon and the main part was fiberglass reinforced.I did minimal fiber to see how it responded and wow it was insane just from the few fiber strands I put in.Of course we had to test to failure, and we could not break it in bending only in extreme torsion did it fail and really it was the infill that failed causing the rest of the part to fail. I had pictures of the part but not on my phone so I will post those if there is interest.This is the part http://ift.tt/1XZ9Sbb The failure only happened at the thin part the rest could barely be bent unless it was braced against a table edge and forced, and again the only failure started at the infill. I think when we go to make important parts 75% infill may be in order, it defaults to 50%.Thought I would share if you have questions ask away I’ll answer the best i can.Just to note it, I am in no way affiliated with the company.Tldr: Markforged parts are really strong and I could not be happier with the product at this time. Their support is fantastic and very quick to respond. http://ift.tt/2bJUVrk 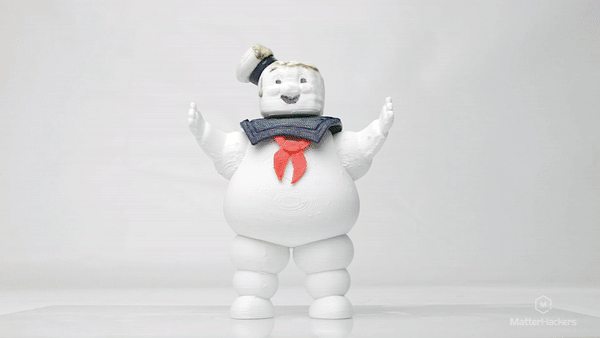